The current standard of treatment for phobias, panic disorder, social anxiety, obsessive-compulsive disorder, posttraumatic stress, and generalized anxiety  revolves around exposure therapy. This involves repeatedly presenting the feared object or frightening memory in a safe setting so that the patient acquires a new safe memory that resides in the brain alongside the old fear memory. As long as the new memory remains unchallenged, the fear is suppressed.

However, if a person is re-traumatized or re-exposed with sufficient intensity to a similar experience, his or her old fear will return with the same intensity. This is one of the limitations of exposure therapy, along with the fact that it generally works in only about half of the PTSD patients who try it. Many also find it upsetting or intolerable to relive memories of assaults and other traumatizing experiences.

New research suggests that it may be possible not just to change certain types of emotional memories, but even to erase them, through a naturally occurring memory function called consolidation. Memory consolidation is a neurological process by which new learned experiences are transformed into long-term memory through the strengthening of synaptic connections between neurons (from: Learning and Memory: A Comprehensive Reference, 2008).

Memory reconsolidation is the process whereby an old memory is recalled and then returned to long term memory when we stop thinking about it. It is a bit like pulling up a file on your computer, rewriting the same material in a bigger, bolder font, and saving it again. Interrupting reconsolidation is like retrieving a document from your computer, erasing some or all of the text, and then writing something new in its place. Changes made through reconsolidation are much more durable and longer lasting and most likely permanent, compared to exposure-based treatment modalities. You can learn more in these videos.

Read more on the science of rewriting memories:

New York University Professor Liz Phelps published new research in December 10, 2013 in the Proceedings of the National Academy of Sciences that reports a new discovery of how the brain records and regulates threatening memories. In this clip she explains how the brain can erase bad memories.

Merel Kindt, professor of psychology at the University of Amsterdam, in a study published in the journal Biological Psychiatry in December 2015, demonstrated a technique to erase the emotional fear response in healthy people with arachnophobia.

You can change how you feel about yourself, gain control over your symptoms, and live with a greater sense of ease in 3 to 5 sessions of ART. In one session, you will know if this therapy can help you, and it's very likely that it will. This is a new therapy, similar to EMDR. It is now used by the Veteran's Administration to treat PTSD in about 4 sessions. Studies show this therapy can transform negative emotions, significantly reduce or eliminate anxiety, irritability, compulsive behaviors, and enhance confidence and self-awareness. It is as remarkable as it sounds. I am excited to be the first clinician in Oregon and Washington to be certified in this emerging therapy, Accelerated Resolution Therapy. ART is recognized as an evidence based practice by the Substance Abuse and Mental Health Services Administration (SAMHSA) of the Federal government. This is quote from a recent client in Portland, after 3 sessions:

"It's kind of amazing how different I feel...like the negative emotional connection between feelings and food just kind of disappeared. Depression feels much better too. I'm really astonished at how big a difference it made so quickly." 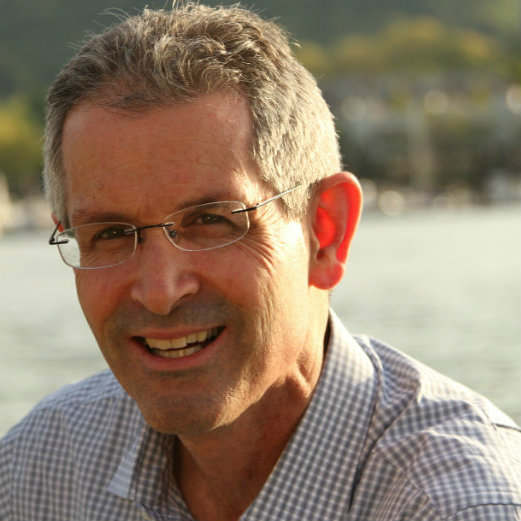 Dave earned his Master’s degree at University of California, Berkeley, in 1990. After graduation, he moved to Portland where he worked as a clinical social worker in a variety of settings, including the inpatient substance abuse program at Providence and the acute psychiatric program at Cedar Hills Hospital. He specializes in treatment of trauma-related disorders, including PTSD, anxiety, phobias, compulsive behaviors, and problems related to shame and guilt.